Minicryphaeus is found in the Pragian (Lower Devonian) of the Mader Basin, in Morocco

Morzadec described the first 3 species in 2001. He assigned them to the genus Pseudocryphaeus. Bignon and Crônier (2014) determined them to be a distinct genus, Minicryphaeus. In Morocco this genus is often referred to as ‘Cryphina’. Pseudocryphaeus does not exist in Morocco.

There is a long median spine in front of the cephalon. The eyes have 21 rows of maximum 5 lenses. The occicpital ring bares a median tubercle.

The pygidium has 5 pairs of pygidial spines. The median spine is longer than the rest.

The cephalon enlarges a lot around the eyes with a flat limb extended towards the front by a spine. The genal spines are short and steamlined. The eyes have 22 rows of maximum 6 lenses. 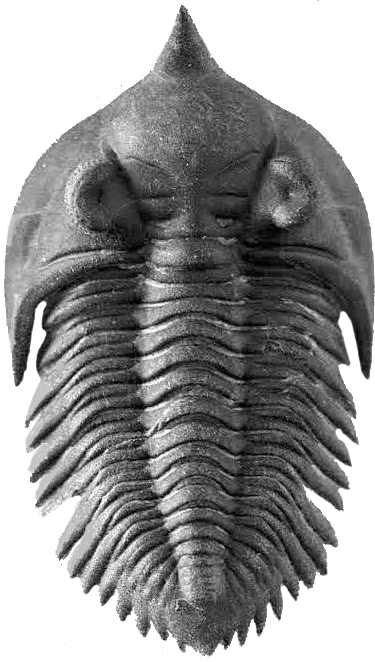 Cephalon: M. sarius has very large cheeks. The genal spines are short and streamlined. The eyes have 24 rows of maximum 8 lenses. The occipital ring is smooth.

The pygidium has 5 pairs of pygidial spines that are quite long, acute and clearly spaced. The median spine is  triangular and is much longer than the other pygidial spines. 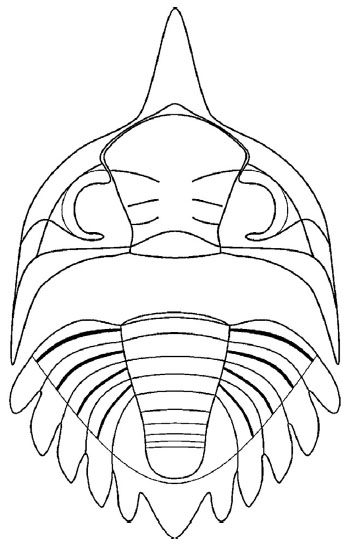 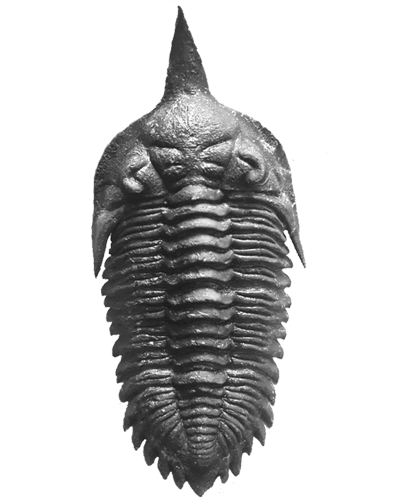 This species is very easy to recognize because of its size. It is almost 3 times larges than the other species (7-8,5 cm)

Cephalon:
The cephalon has a precephalic spine, but it has a thinner basis as M. minimus. The eyes have 34 rows of maximum 8 lenses.

Pygidium:
The pygidium has a median spine that is as long as the other pygidial spines.